To preface, I do not know how to play the piano. I have a 49 key controller that I use every now and then. I picked it up mainly to be able to better visualize chords, i.e. theory.

The problem I have with the I1 is that trying to play chords is impossible with the default layout unless you have very large hands.

I’m sure I’m not the first who’s tried this, and the question for anyone who’s tried and/or plays the piano, do you have any other suggestions? Is this layout conducive to reasonable playing chord playing?

I laid out 3 octaves of 7 notes for the white keys, each offset by 2 notes, in the 1st, 3rd, and 5th rows, starting with C2. There is some overlap but the offset of 2 gets me the equivalent of a 37 key keyboard.

The black keys are in rows 2, 4, and 6. I used G8 for the spaces in between. From Sampletank, I don’t hear anything. From the Artiphon app I hear a click.

It’s still not a piano keyboard, but now I can play chords. I may pick up some small stick on dots to mark the blank spaces and the start of each octave.

Downloadable/Shareable note configurations The magic of the melodic corridor and the Lippens Keyboard
Hjortur 2017-01-15 23:11:58 UTC #2

Would it be an idea to double the “white” key below the G8s instead, so they go between the black keys, like B C and E F on a piano keyboard? Would not be exactly the same, but there would not be any redundant keys.

I’d recommend planning it according to a janko keyboard but vertically, where the keys are placed “evenly”.

It’s not a traditional piano layout and you can’t play it like one, but it’s similar and “theoretically accurate”, your fingers can even reach multiple octaves. It just takes a bit effort to adapt.

@ Hjortur: Not sure I follow. Please list the notes in the first two rows so I can see what you mean.

@Brodee: I remember Nick mentioned the Janko keyboard, but it was quite a different layout and I never followed up. I did some research on Janko and I see the concept. Your suggested vertical orientation keeps notes in at least 2 and possibly 3 octaves close to each other. I’ll set this up and give it a try. Thanks.

Very elegant and ingenious! I suppose the main drawbacks would be that it’s farther from what keyboard players are used to, and doesn’t lend itself obviously to two-handed playing.

For what it’s worth, this was my original pseudo-Janko layout Bob referred to; I haven’t made more than a perfunctory attempt to play it. I don’t much like the stacking of octaves in pairs, but it seems the only way to bring a piano-like range under the hand.

That was my original janko keyboard layout too, but I made it vertical cuz it’s a lot easier to reach multiple octaves with one hand.

Also, it definitely needs a different playstyle, for starter I’d recommend using correction fluid to indicate the white keys so you may “play it with your eyes” (to remove it, just scratch it off gently and use a marker to mask the white spot)

@Hjortur: Thanks for the clarification. That makes sense. I’ll add that to my piano layout.

@Brodee and @Nick: Thanks for the info. I haven’t tried Nick’s Janko keyboard but I will. I also want to try Brodee’s but in a zigzag shape like this:

I’ve also tried a diagonal version, but it has the same stretch issue. I want to try all the basic chord shapes and see what works best for me.

Thanks for all responses! Worked perfectly. 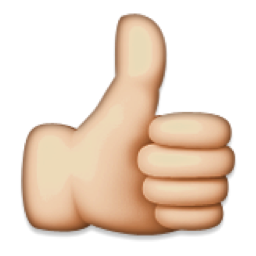 I really wouldn’t like to mess with correction fluid…
Just use the sticky part of post-its and cut in tiny squares or use a hole cutter.
Easily reversible, no damage done.
Doing this you can also colour code your markings if you need to.

It can be proved mathematically that the tuning with the highest number of chords per fret is the harmonic Guitar Tuning :
An optimal but unknown tuning for the 6-string guitar when chord-playing is the main target and not so much solo playing is by alternating minor and major 3rds. In semitones for the 6 strings 4-3-4-3-4 or 3-4-3-4-3
E.g. Bb2- D3-F3-A3-C4-E4 or F2-A2-C3-E3-G3-B3 or A2-C3-E4-G4-B4-D4 I tried the last one in the artiphon.
THIS MAY BE CALLED THE HARMONIC TUNING OF THE GUITAR AS IT IS BASED ON THE HARMONIC 2-CTAVES 7-NOTES SCALE (see also post 79 in my blog http://simplerguitarlearning.blogspot.gr/2018/04/88-remarkable-harmonically-tuned-6.html 3 )
The latter is the most natural open tuning. There the same shape for major and minor chords and only 3 of them and in only one or frets compared to the 6 in the standard tuning guitar. If we want also dominant and major 7nth chords we use again only 2 frets. The same with the aug chords Only the dim7 chords require 3 frets. Because of the symmetry of the tuning among the strings, the relations of relative chords and also chords in the wheel of 4ths is immediate to grasp also geometrically. Of course when we say shape of chords as it is standard in jazz, we do not play all 6-strings but only 3 or 4 strings.

This harmonic tuning by alternating minor-major 3rds, allows, for all 4-notes chords of e.g. the D major scale in the 3rd octave (c3,d3,e3,f3,g3,a3,b3), Cmaj7->Em7->G7->Bm6->Dm7->Fmaj7->Am7 in 1st normal position across the fretboard, something not possible with the standard tuning of the guitar. In the standard guitar it is possible only by 2nd or 3rd inversion, or by shifting to the 4th octave or 2nd octave. Therefore there are important very natural voicing of the 4-notes chords of the 3rd octave that we miss with the standard tuning and it is in a single octave!

THERE ARE 4 VERY SYMMETRIC WAYS THAT THE CHORDS IN A WHEEL BY 4THS CAN BE REPRESENTED AND PLAYED IN THE FRETBOARD WITH THIS TUNING.

I do not have much space to write the 4-shapes and the 4 ways to represent the wheel of chords by 4ths in one only post, but maybe I will do it in the future in more posts.

Now talking about grids here is an idea that I call

THE MAGIC OF THE MELODIC CORRIDOR

An interesting question when designing settings for grid use of the fretboard in the Artiphon is "What is a geometric arrangement of notes of the 12-notes scale, that allows fast and easy “In the flow” playing and improvisation of melodies , especially tonal melodies with many intervals of 3rd 4th and 5th? (that is within the harmony of one scale) ?

The Handpan and Hang
The thump piano
The double series of pipes zampona Pan-flutes.
And it is the natural sequence of notes of successive relative chords in a diatonic scale. It is the next scale:

Constructing therapeutic harps, or similar instruments (e.g. thump pianos https://en.wikipedia.org/wiki/Mbira or hang and handpans or zamponas diatonic double row pipes, pan-flutes ) or such keyboards with this scale, has the property that almost what ever we play sounds harmonic as 3 or 4 notes in sequence are well known cords, and overlapping such triads , are relative chords. In fact we may design such an harmonic diatonic double row keyboard
as follows

Similarly this can be a beautiful , practical and harmonic tuning for harmonicas.

The blue is blowing and the red is draw. Then with the key we may have the sharps too thus in total

This type of tuning can be applied also as setting to 4 strings frets of the fretboard of the artiphon the midi-controller, and give it sound of adouble diatonic harp or flute etc.

Here is the image of the grid setting in artiphon

Melodic_CorridorMelodic_Corridor.jpg1366x768 278 KB
THIS KIND OF KEYBOARD OR TUNING OF INSTRUMENTS (FLUTES, HARMONICA, ARTIPHON , KEYBOARD ETC) ALLOWS FOR MELODIES IMPROVISATION IN A FAST WAY EASILY WITHOUT COMPLICATED FINGERINGS OBSTRUCTIONS AS LONG AS THE MELODY IS A DIATONIC SCALE. IT IS A BIT BETTER THAN PIANO KEYBOARD AS IT FOLLOWS THE SHAPING OF CHORDS BY INTERVALS OF 3RDS. IT IS EVEN EASIER THAN SINGING OR WHISTLING FROM THE HARMONY POINT OF VIEW!

The melodic corridor can be also be spotted on the fretboard of the standard tuning 6-string guitar. It will also define an unusual unique shape of the diatonic scale with 2 only notes per string.

I encourage to define the above grid settings on the artiphon and experiment by playing and improvising melodies (with flute sound or organ or vibraphone , or guitar etc)

A simpler uniform version of the Melodic Corridor is the Lippens Keybord, which is considered to be at least 20 times easier than the usual pinao keybord. It is based on the whole tones scale .

Try it and enjoy melodies